Born in Dublin to Russian and German parents, painter Stella Steyn (1907-1987) studied at the Metropolitan School of Art and La Grande Chaumière, Paris. She then spent a year at the Bauhaus before settling in London in 1932. Influenced by French painting, her studies of the female body, still lifes and flowers, retain a vibrant fauvist quality and simplicity of form. Steyn exhibited in London from the 1950s. Little known in Ireland for many years, a retrospective exhibition of her work held at Dublin’s Gorry Gallery in 1995, and The Molesworth Gallery in 2001, renewed critical interest in her work. 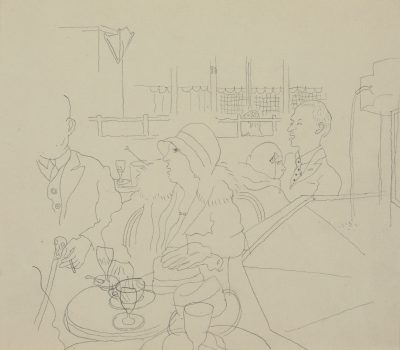