Irish artist Charles Cullen studied at the National College of Art and Design. His practice is influenced by a range of subjects, including Irish literature, history, politics and religion. Cullen was a founder member of the Project Arts Centre in 1966. He has participated in many group and solo shows and in 1997, Dublin City Gallery The Hugh Lane held a major retrospective of his work. Cullen lectured in fine art at the National College of Art & Design and served as head of the painting department until 2000. His work is held in the collections of Dublin City Gallery The Hugh Lane; the Arts Council of Ireland and Trinity College, Dublin. Cullen is a member of Aosdána. 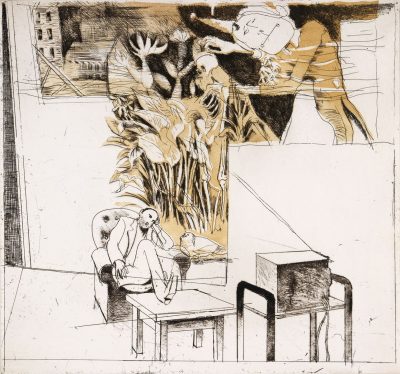