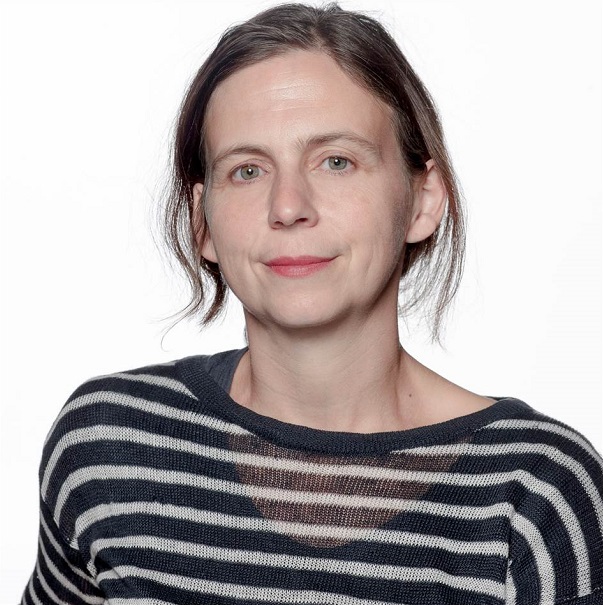 Dublin, 20 June 2017. IMMA are today announcing that Director Sarah Glennie will leave the organisation at the end of the year to take up a new position as Director of NCAD, (National College of Art and Design) in January 2018.

Glennie has been Director of the Irish Museum of Modern Art since 2012 and during her tenure has grown IMMA’s audiences to the most significant levels in the museum’s history, making IMMA the 2nd most visited free attraction in Ireland in 2016. She has ensured the financial viability of the Museum through one of the most difficult funding periods for the institution and has led a critically acclaimed programme with a particular focus on supporting artists’ practice and introducing new audiences to contemporary art through a dynamic and discursive programme that extends beyond the gallery space. Under her Directorship IMMA has shown the work of a wide range of leading Irish and international artists including Etel Adnan, Stan Douglas, Karla Black, Isabel Nolan, Vivienne Dick, Nan Goldin, Hito Steyerl, Helio Oiticia and Lucian Freud.  Recent commissions of note include new works for IMMA by Duncan Campbell, Jaki Irvine and Emily Jacir as well as a number of new works commissioned as part of the two major group shows, What We Call Love and As Above, So Below.

The Minister for Culture Heather Humphreys T.D. said today: “I want to wish Sarah Glennie every success in her new role and to thank her for her years of service. IMMA is in a very strong place as a result of her Directorship, with significantly increased visitor numbers, greater opportunities for Irish artists, a strong International reputation and of course the IMMA Collection: Freud Project 1916-2021, which is such a great inspiration for visitors and in particular for children, to explore their creativity.  While I am very sorry to see someone of Sarah’s calibre departing IMMA, she can go on to her new role secure in the knowledge that she is leaving the Irish Museum of Modern Art in a very positive place. I look forward to working with the Board and the new Director on IMMA’s future strategy and its implementation in the coming years.”

David Harvey, Chairman of the IMMA Board said “Sarah Glennie has achieved significant success for IMMA during her time here and it is testament to her leadership skills that she has done so within the particularly challenging context of the last six years. She has overseen the successful return of the Museum to its home in the Royal Hospital Kilmainham, has increased visitors to the site by 60%, secured a remarkable collection of Lucian Freud’s work for Dublin for five years, and throughout an uncertain financial period has continued to bring exciting, dynamic and Internationally relevant work to Dublin, while supporting Irish Artists to make and present new work. The IMMA Board are committed to working with IMMA Staff, and the Minister for Culture, in delivering the new strategy and I want to thank Sarah for giving us such a strong platform from which to continue this vital work. On behalf of the Board and the staff at IMMA I want to congratulate Sarah and wish her every success in her new role in NCAD. We look forward to having many opportunities to work together in the future”

Commenting on her departure from IMMA Sarah Glennie said: “I have been honoured to have led IMMA as Director since 2012 and I am extremely proud of the programme and institutional change that has been achieved by the team at IMMA over that period, despite the challenging times faced by Irish cultural organisations. While I am very sad to be leaving IMMA I am excited by the great opportunity to contribute further to the development of creativity in Ireland as the Director of such a significant institution as NCAD which is in a unique position to inspire and nurture creative talent in Ireland.

I am confident that IMMA will continue to go from strength to strength under the stewardship of the Board, with the support of the Minister, and with the extraordinary commitment of the team. Over the last year I have been working with the Board and staff at IMMA to build an ambitious new five-year strategy for the museum. IMMA 2017 – 2021 identifies clear strategic objectives which will create a strong and sustainable IMMA for the future and I look forward to launching that with the IMMA team in September.

On a personal note I feel privileged to have had the opportunity to work with all of the IMMA staff and Boards over the last five years, the artists whose extraordinary work we have brought to an ever growing and enthusiastic audience and the fantastic group of visionary supporters who make IMMA’s ambitions possible and I would like to thank them all for their incredible support.”

The Recruitment process for a new Director will commence in the coming weeks.