A snapshot of the last ten years as seen through the IMMA Collection
A Decade opens at IMMA today with major new acquisition; Willie Doherty, Remains 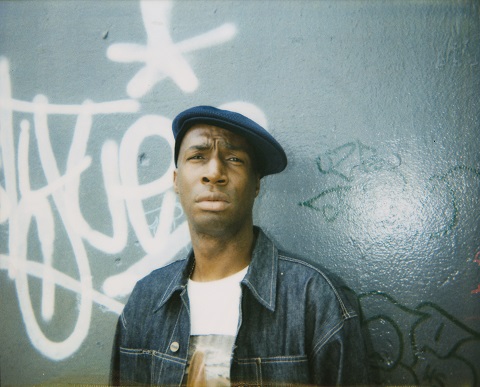 IMMA presents IMMA Collection: A Decade – a snapshot of how the National Collection of modern and contemporary art has developed over the past 10 years. IMMA’s remit is to collect the art of now for the future, to reflect key developments in visual culture and to keep them in the public domain for future generations. Great works of art entering IMMA’s Collection shape future conversations about art, Ireland and the world we live in and expand the reputation of contemporary Irish artists globally.

Commenting on the exhibition Christina Kennedy, Senior Curator: Head of Collections, IMMA said: “The large number of donated works featured in this exhibition reflects IMMA’s almost exclusive reliance on gifts and private philanthropy in recent years. As a result of significant funding cuts IMMA has not had the resources to have a viable acquisitions budget since 2011. As a result, the practice of younger and mid-career artists from the past five years are glaringly absent from the IMMA Collection story. It is particularly through purchases that IMMA can best fulfil its vision and mission to chart the nation’s artistic memory and it is therefore vital that IMMA resume purchasing such critically important Irish and international works as a matter of urgency.”

Works selected for IMMA Collection: A Decade explore memory, identity and place, and questions of globalism, the environment and connectivity – from the local to the universal.  The exhibition includes many of the wide range of media represented within the IMMA Collection; painting, sculpture, drawings and prints, photography, film, video, installation and performance and include works by both Irish and international artists, giving you a sense of the huge variety of artistic practice in contemporary art.

A key display within the exhibition is Remains, 2013, by Willie Doherty, a powerful fictitious film based on real events. As part of a spate of punishment shootings in 2012 in Derry by the dissident Republican group Republican Action Against Drugs (RAAD), a father was ordered to bring his son and another boy, a cousin, to a specified location to be kneecapped. Such punishments were administered by the IRA to control drug use or anti-social behaviour during the conflict in the North of Ireland but are now used by dissident republicans to exert control. Commenting on the work Doherty stated “I revisit these same locations in Remains to explore the idea of the generational nature of the conflict, how it passes through families and the vicious circle that people can get caught up in".  Remains is one of a selection of significant acquisitions that are the result of generous donations to the IMMA Collection, including works such as Cape Siren (2008) by Philip Taaffe, significant gifts from the Novak/O’Doherty Collection, David Kronn Collection, the Graphic Studio and a diplomatic gift of works from the Federal Government of Mexico.

Other key works include Block Party (2002-2004) by French artist and filmmaker Pierre Huyghe celebrating the block party as a force of community and cohesion with New York City neighbourhoods, Clarendon Road (2000-2005) by Howard Hodgkin, deploying his characteristic brushstrokes and saturated colours to respond to the view of a London house, and Vulture (Dragon) (2010) by Surrealist painter Leonora Carrington.

The works are shown in a series of rotating displays, the next works in the exhibition will be shown from July 2016.  Admission is free.

Associated Talks and Events
A series of talks, events and digital resources will focus on aspects of IMMA Collection’s newly installed exhibition displays.  Entitled A Decade, the exhibition brings together many works that resonate with ideas of identity, memory and place. Speakers will include Tim Robinson (writer, artist and cartographer), Willie Doherty (artist) and others.

The series will also consider how a museum can best fulfil its mission to chart the nation’s recent artistic memory. Key topics will look at the place of collecting, of philanthropy and the role of the State in the funding of art for the National Collection of Modern and Contemporary Art.

Curators Lunchtime Talk: Drop In
Fri, 27 May, 1.15 – 2pm / Meeting Point / Main Reception
Join Christina Kennedy, Head of Collections, IMMA for an exhibition walkthrough of A Decade, where she will explore the curatorial context of the works on display, consisting of purchases, donations and loans in the past decade.

For a full programme of talks and events please visit www.imma.ie